Life of the Objects and The Silent Story-Teller

Objects are born as an “empty space” (according to Pinney). Any discussion on an object must associate with cultural interactions and must not end on an object-level. The notion of separating object and the meaning given to it, as I understand, serves as a precondition of art historian/anthropological research on materiality.

Besides, the original idea for the creation of an object already prepares a certain purpose for it, thus a meaning is given to this object before its creation. Eventually the “empty space” is appropriate only for describing the material(s) before the moment when the idea comes about, not after the creation of the object.

Therefore, born with a meaning, an object is endowed a life by “othering” of human’s natural, self-reflection. The fact is, more than we expect, objects do work not only as an “other”, but also as ourselves. The point for writing biography of an object is to tell stories of the people who create it, pass it on, receive it, and more. Every person appears in the life of an object leaves trace of himself on it, seeable or not. Men make objects to feel subjectivity, and label objects with meaning so that the same objects could be seen, from “the other”‘s point of view, as indicators of themselves. Some agents are visible in the story, some are not. Finally, the materiality exceeds the mere concrete form of itself and serves as a carrier of history, with a life that given by the people around it, becoming a story-teller of cultural interactions. 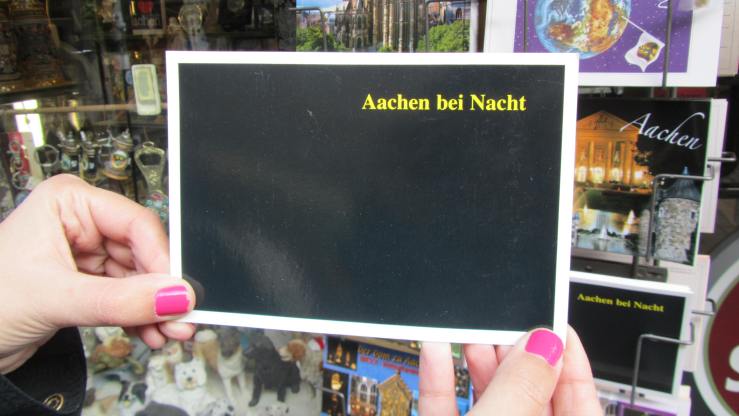 Most of objects with historical stories to tell we saw today outlive people of their own time. “The other could speak” is not a simple personification.

What happened in Paris at Charlie Hebdo is an absolutely horrible terrorist attack. Violence is a brutal way to defend Islamic holiness. The al-Qaida terrorist cell in Yemen, according to British media, is involved. This bloody attack has been condemned by the international. Not only the western media is reporting the ruthless murder, they are somehow also conveying additional sentiments to the public. Something provocative, radical, hateful, and worse.

By reading through Weibo feed, I noticed Chinese people’s attitude towards Islam. Some show their fury and some show their fear. What is even more shocking to me is that, some well-educated and renowned journalists/writers, who advocate for well-spread western values (democracy, human right, equality and freedom), all voicing from the same and only term “press freedom”, as the same in almost all western media. Not ANYTHING ELSE. Is this really only another tragic conflict of terrorism and freedom of speech? In China, people never say ill of the dead. (逝者為大) Because they are, well, dead already. What’s the point to talk about if there’s anything that they have done are questionable. But it seems that, since I have devoted to train myself as a qualified journalist from western training, I should of course take the responsibility to tell THE TRUTH, of mine, which is to say of their misbehaviour.

Have Islam ever enjoyed sarcasm on their holiness?

Modern Communist-trained Chinese people all know the following: I won’t offend others, if they don’t offend me; if they do, I will offend them too. (人不犯我，我不犯人；人若犯我，我必犯人。) The words from Mao has become a principle of Chinese diplomatic behaviour. The West has tried for many decades to understand it, and tried to deal with the Communist China.

The West are quick learners in terms of dealing with China. However, dealing with Islam from the beginning of seventh century, the West seems to hardly learned. Learning not how to submit, but to understand, and further, respect, if possible.

If someone has fatal allergy to nuts, another person, who’s playful and is aware of this person’s condition, comes and gives him a nut to eat. He would be furious and think if this guy is trying to kill him and “better kill him before he manages to kill me with nuts”… 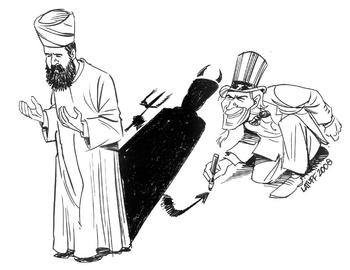 What can be laughed about, and what should remain serious? Is there a limit of this so-called “absolute and holy” freedom of speech?